Ramallah, 10 December 2018 - A 16 Days of Activism joint campaign in Palestine “#HearMeToo: Voices against Violence,” which gathered the UN, EU, its Member States, and international development partners concluded its 16-day joint journey today. At its closing event, Ramallah Municipality and its dancing fountain were lit orange, while an awarding of a film competition and a theatre performance gathered over 500 audiences in the Medical Relief Hall Ramallah and livestreamed through the Ma’an TV channel. 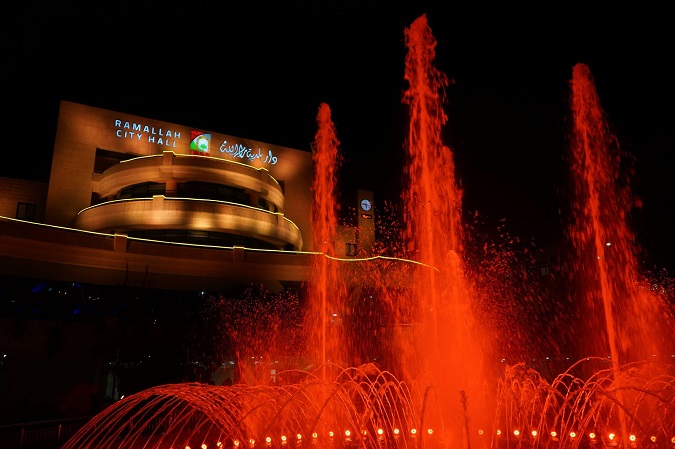 The orange lighting of the Ramallah Municipality and the dancing fountain in Ramallah marked the end of 16 Days of Activism Joint Campaign in Palestine. Photo: UN Women/Seung Deok Seo

Today’s orange lighting ceremony at Ramallah Municipality Park was the second lighting ceremony in Palestine following the lighting of the Gaza Lighthouse on 27 November, opening the joint campaign consisting of more than 20 joint events throughout West Bank and Gaza for the last 16 days. Both lighting ceremonies attracted many Palestinians, who brought their family and friends along to enjoy the spectacular scenes of their landmarks lit orange symbolizing a bright and optimistic future of Palestine free from violence. 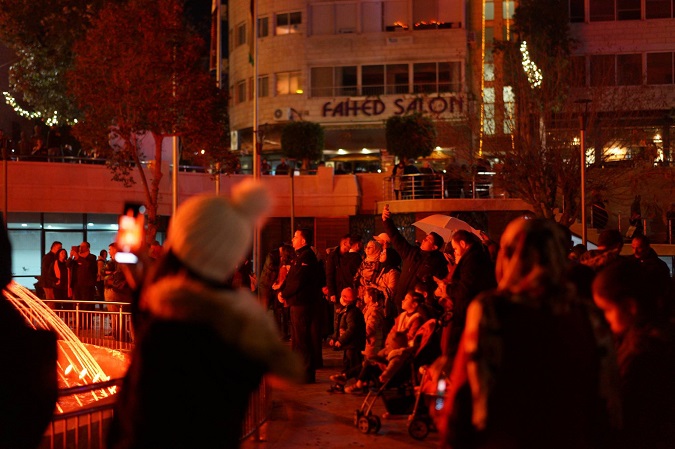 Two cultural activities, a film awarding ceremony and a theatre play “The Right Move” by the Ashtar Theatre, welcomed enthusiastic audiences who came to show solidarity towards ending violence against women and girls. Various orange items including fresh oranges, umbrellas, scarves, bracelets, ribbons were distributed to celebrate the successful completion of the 16 Days joint campaign and to remind participants of the national and worldwide efforts to eliminate gender-based violence.

The last day of the campaign coincides with the Human Rights Day and the 70th anniversary of the Universal Declaration of Human Rights. These occasions are significant in calling for equality, dignity, and freedom for people around the globe. It is also an opportunity to recall to states, actors, and duty bearers the significant role and responsibility they bear to achieve the fulfilment of human rights, including those of eliminating violence against women and girls. 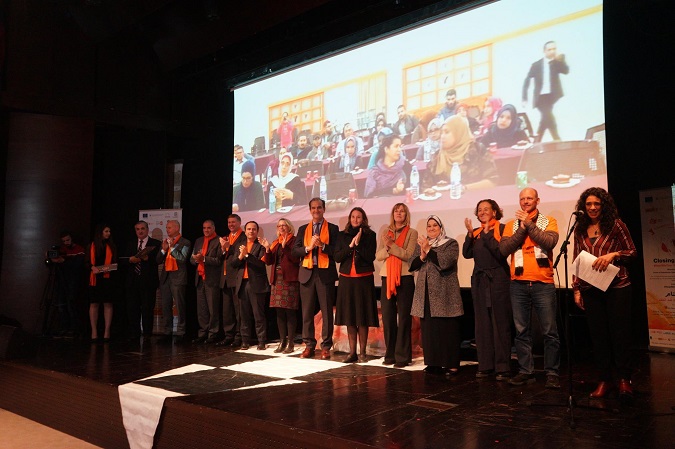 Heads of joint partner agencies celebrating the winner of the film competition which took place as part of the closing event. Photo: UN Women/Seung Deok Seo