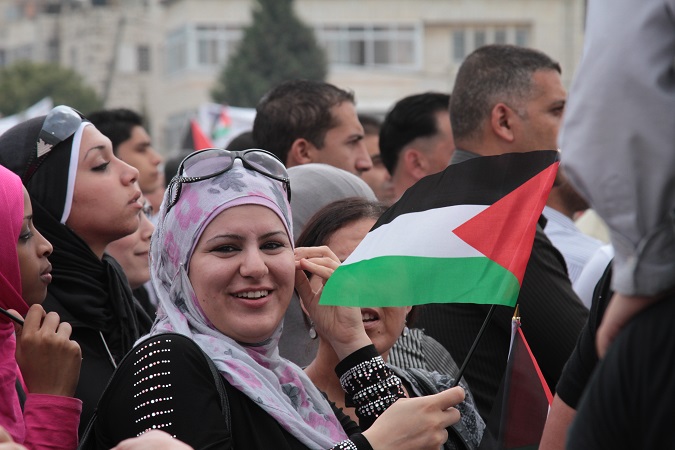 Advancing the Women, Peace and Security Agenda in Palestine

In Palestine, the fight for women’s rights cannot be dissociated from the fight for Palestinian rights and statehood. While women’s contribution to the national struggle is widely acknowledged and the law gives them the right to vote and stand for political office, women continue to be under-represented in decision-making bodies and processes at various levels of public life. Women in Palestine have been largely excluded from formal dialogue efforts to end the Palestinian political division. Their voices and concerns have neither been heard nor included in the various reconciliation talks held and agreements reached since 2005. Existing discrimination and unequal power relations make women more vulnerable to crisis, yet their situation and specific needs continue to remain largely ignored or insufficiently targeted in post-conflict recovery.

To address these challenges, UN Women has worked in partnership with key national partners to further the Women, Peace and Security commitments (WPS) in Palestine. UN Women’s programmes on WPS are guided by a series of commitments to women’s rights. These include UN Security Council Resolution 1325, and seven supporting UN Security Council Resolutions—1820, 1888, 1889, 1960, 2106, 2122 and 2242. Other key reference points are the Beijing Platform for Action, and the Convention on the Elimination of All Forms of Discrimination against Women (CEDAW). In Palestine, they are guided by the National Policy Agenda (NPA) 2017-2022; the Cross-Sectoral National Gender Strategy (2017 – 2022); the Palestine UNDAF; the Humanitarian Response Strategy (2018-2020); and Palestine National Action Plan (NAP) for the Implementation of UNSCR 1325 (2017-2019).

Download a two-page thematic brief on UN Women's work on Advancing the Women, Peace and Security Agenda in Palestine. 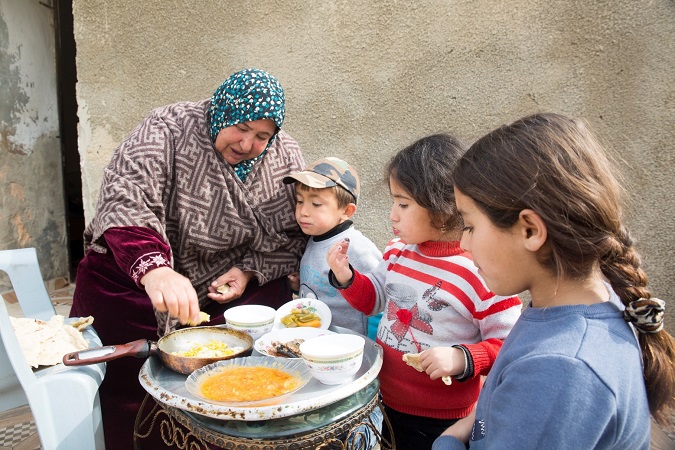 In the oPt, the humanitarian context remains largely tied to the impact of the occupation, which marked its 52nd year in 2019. A protracted protection crisis with grave humanitarian consequences continues and as a result, roughly 2.5 million people will need some form of humanitarian assistance in 2019.

The humanitarian crisis affects women, girls, boys and men differently. As a result, their needs and interests differ, as do their resources, capacities and coping strategies. Women are often the first responders to a crisis, and they play a central role in the survival and resilience of families and communities.

Responding to those needs relies on the continued efforts by humanitarian partners to ensure the protection of all members of the affected population and to guarantee that humanitarian response contributes to gender equality and addresses the needs and priorities of women, men, girls, and boys equitably and effectively.

The UN Economic and Social Council adopted resolutions E/RES/2012/3, E/RES/2013/6 and E/RES/2014/2 in 2012, 2013 and 2014. All three resolutions, recognize that humanitarian action can be strengthened by mainstreaming a gender perspective into all aspects of the humanitarian response. In 2014, resolution E/RES/2014/13 was adopted. It stresses on strengthening the coordination of emergency humanitarian assistance of the United Nations.

Launch of 16 Days of Activism Against Gender-Based Violence Campaign in Palestine
“What Palestinian women want: a women-centred vision for a viable independent state”, UN Women and the General Union of Palestinian Women host the 2022 Open Day on Women, Peace Security in Palestine
In the Words of Asma’ Sweirky: “I am proud that I am able to economically empower myself and other women and youth through my business “Asala for vinegar products”.
Gender Awareness and Sensitivity in Palestinian Media
Change a Father, Change a Family, Change a Community
END_OF_DOCUMENT_TOKEN_TO_BE_REPLACED