Cologne Mobile Exhibition arrives at last stop in Gaza Port, marking conclusion of 16 Days of Activism against Gender-Based Violence against Women and Girls 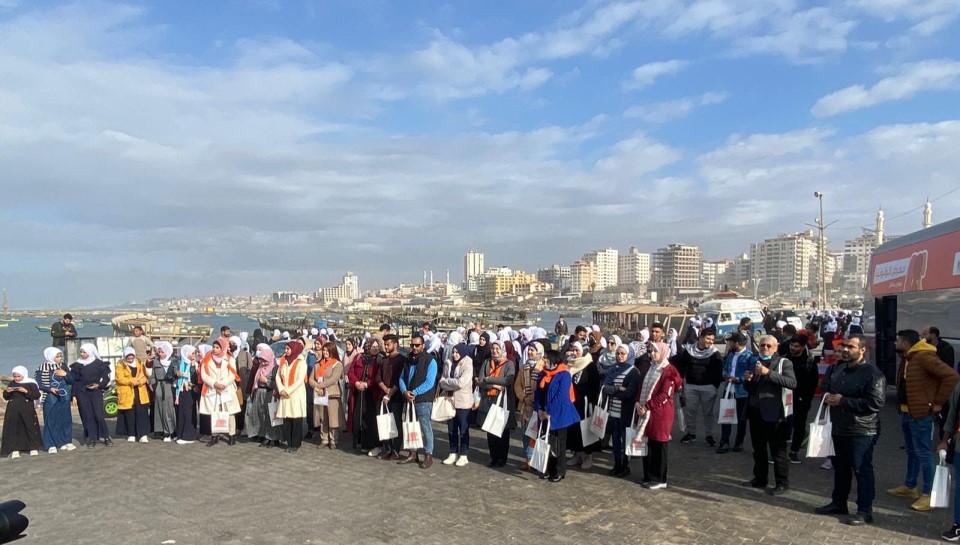 A closing ceremony was held to mark the conclusion of the Cologne Mobile Exhibition at Gaza Port on Thursday 12 December in the presence of representatives of Palestinian civil society organizations, international non-governmental organizations and UN agencies and the general public. The bus exhibition appears in the background /UN Women photo

GAZA CITY - The Cologne Mobile Exhibition arrived at its last destination in Beit Hanon-Al Ataa’ Charitable Society on Friday 10 December 2021 to conclude its 16-day tour of various Palestinian towns and villages that kicked off on 25 November 2021 in the West Bank of Sabastiya, near Nablus.

In its tour, the exhibition shared stories of 16 Palestinian women who were exposed to various types of violence. It featured various items that embodied the stories of the 16 women who shared their stories on the bus, which was especially designed to act as a mobile exhibition. The bus exhibition also featured activities such as discussion sessions with the public about gender equality and the distribution of awareness-raising brochures on the available services for women victims of violence and calling for the elimination of violence against women and girls.

The exhibit was named Cologne after the title of one of the stories narrated by a woman who was suffering harassment by one of her male teachers. “I used to feel sick and disgusted, especially of the smell of his cologne in the class,” the woman recalls in the story.

The exhibition was designed and implemented in coordination with UN Women’s Palestine Gender Innovation Agora, which is a consultative forum and platform for regular dialogue and advocacy around gender with youth in Palestine. Palestine Agora, established in January 2021, consists of 31 young women and men (advocates, civil society professionals, business innovators and social media influencers) who provide expertise on youth and gender issues. 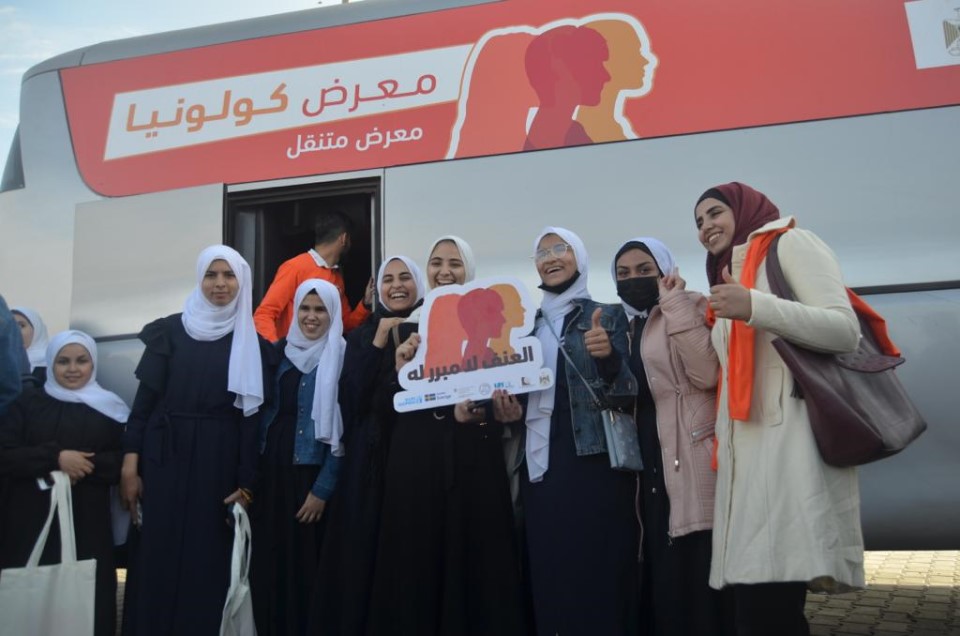 The opening of the exhibition in the ancient Palestinian town of Sabastiya came in collaboration with the town’s municipality. Other cities and towns which hosted the bus exhibition included Ni’lin, Qatanah, Jericho, Nablus, Battir, Bithany, Hebron, Gaza City, Khan Younis, Rafah and Jabaliya. The closing was attended by representatives of Palestinian civil society organizations, international non-governmental organizations and UN agencies and the general public.

The exhibition was supported by the Government of Sweden and the Swiss Cooperation Office in the West Bank and Gaza.

The Cologne Mobile Exhibition was part of other activities by UN Women and other partners marking the 16 Days of Activism against Gender-Based Violence against women and girls, which is a global campaign held in the period 25 November – the International Day for the Elimination of Violence against Women – and 10 December, Human Rights Day.

Other activities organized by UN Women and around 100 partners comprising Palestinian civil society organizations, international non-governmental organizations and UN agencies, included social media campaigns, workshops, theatre and circus shows, sports and music events, videos and radio shows that aimed to shed light on gender-based violence against women and girls and call for serious measures by all parties to tackle it. The activities also included the lighting of monuments and buildings in orange during the 16-day campaign.

Orange is the official colour of the global campaign as well as that in Palestine. It is a constant theme running through all of these activities in every part of the world, as a symbol of a bright and optimistic future free from violence against women and girls.

On 25 November, the archaeological site of Sabastiya was lit in orange, along with buildings of various partners in Palestine, including the Hebron Courthouse, UNRWA’s field office in Gaza, the Austrian Representative Office to Ramallah, the British Consulate General in Jerusalem, the Italian Agency for Development Cooperation, and the Representations of Denmark, Australia, Finland and Lithuania in Ramallah, and the West Bank and the National Bank Building in Ramallah. On 29 November, Paltel offices in Gaza, Arab Ahli Hospital in Gaza, were also lit in orange. The lighting in orange aimed to express solidarity with the campaign in Palestine and express rejection of gender-based violence. 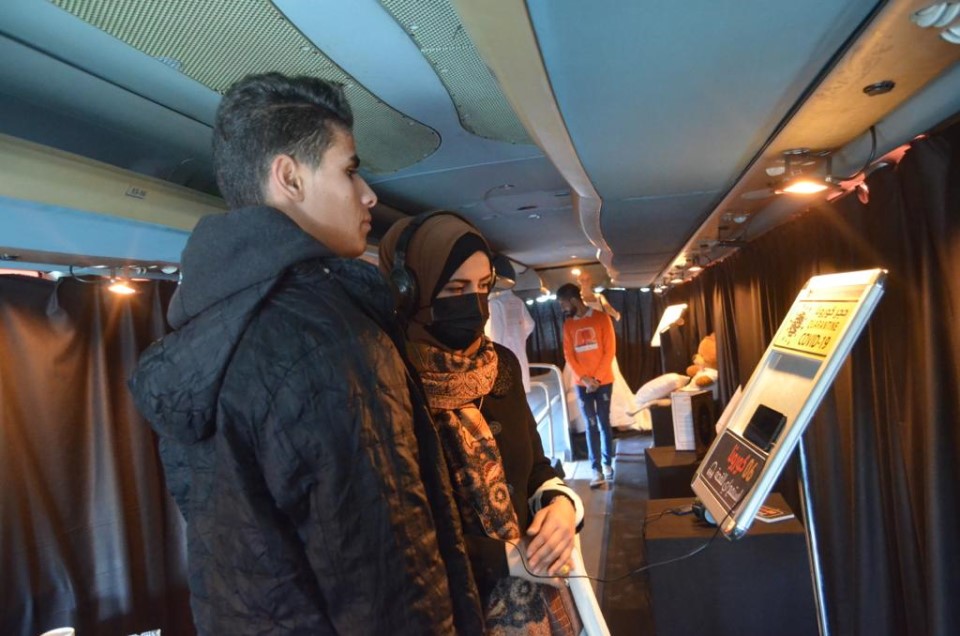